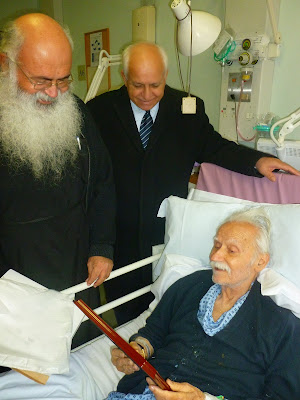 Amongst them was Mr. George Stylianou, ex Treasurer of our Community and one of our present Trustees, who could not be there, as he is in old age and ill. He is lately hospitalised at our local General Hospital, Northwick Park Hospital. 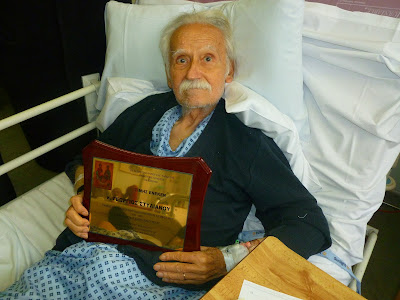 Yesterday, Wednesday 13th November 2013, His Eminence the Metropolitan Bishop George of Paphos, accompanied by our Parish Priest Fr. Anastasios and the President of our Community Mr. Pandelis Demosthenous visited Mr. Stylianou at the Hospital and presented him with the commemorative plague. He was very happy to receive this honour!
Posted by St. Panteleimon & St. Paraskevi Church at 16:36 No comments:

On Sunday 10th November 2013 our Community organised its annual D & D. It was a well attended event and had taken place at our Community Centre, behind our Church. 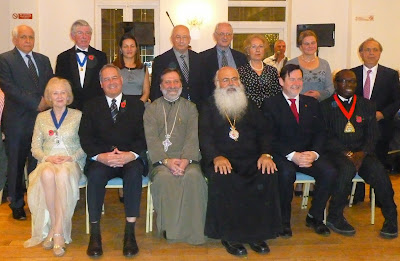 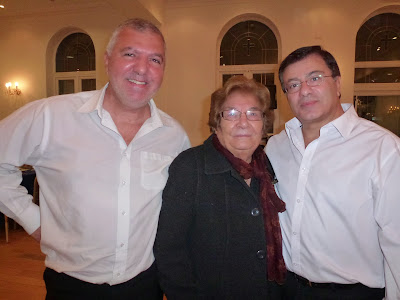 The President of our Community Mr. Pandelis Demosthenous thanked everyone for their contributions in constructing our new Church, and reminded that a big part of Cyprus is still under Turkish occupation. 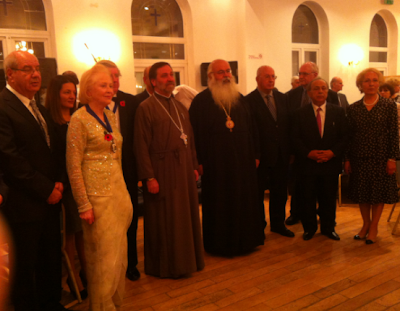 The Mayor of Brent and the Deputy Mayor of Harrow congratulated the Community on its successes and they both emphasised the importance of preserving our ethnic culture and the mother language. 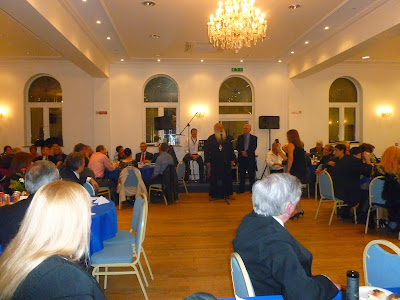 The two Members of Parliament spoke with complimentary words about the Community and expressed the view that Turkey should not be allowed to enter the European Union unless it withdraws its troops from the occupied area of Cyprus. 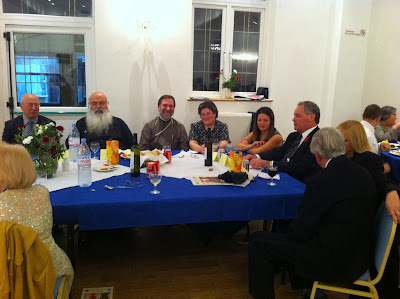 His Eminence Bishop George thanked all members of the Community for the warm welcome he received and in regard to the Cyprus issue he said that Turkey should not just be kept out of the European Union, but the Great Nations should force it to withdraw both its troops as well as the 1.000.000 settlers living in the occupied area. 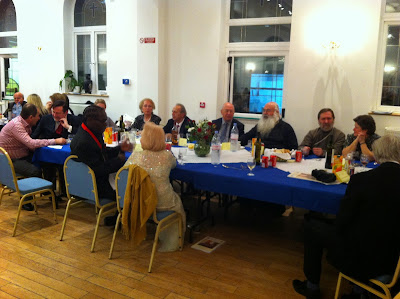 The event was quite successful. The people enjoyed nice food and nice Greek music, played by George Gregoriou and Nicos Savvides.
Posted by St. Panteleimon & St. Paraskevi Church at 18:39 No comments:

1st Anniversary of the Consecration

On Sunday 10th November 2013 we celebrated the 1st Anniversary of our new Church’s Consecration. 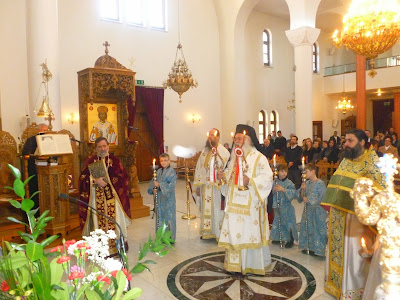 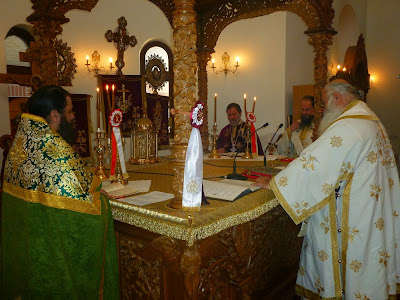 It was a very nice opportunity for many people to gather together and offer a special prayer for our new Church and for our Community as a whole. 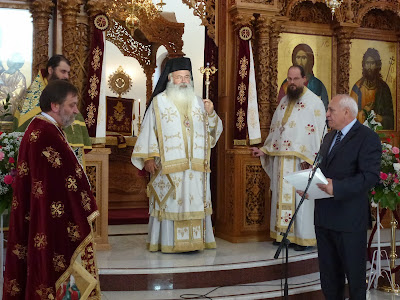 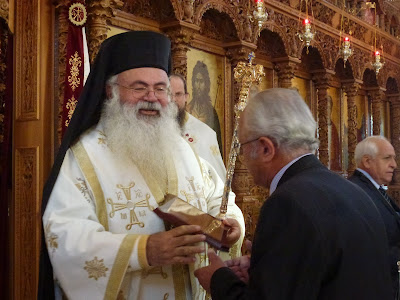 The Episcopal Divine Liturgy was presided over by the Metropolitan Bishop George of Paphos (Church of Cyprus). Fr Melchisedek (from the Monastery of Essex), Fr. Aemilianos (from the Holy Mountain), as well as the Parish Priest Fr. Anastasios assisted the Bishop. 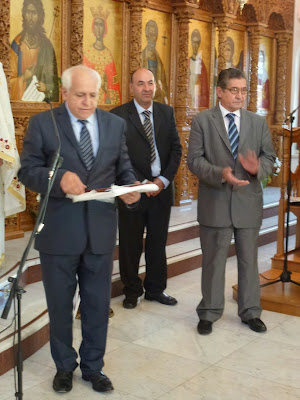 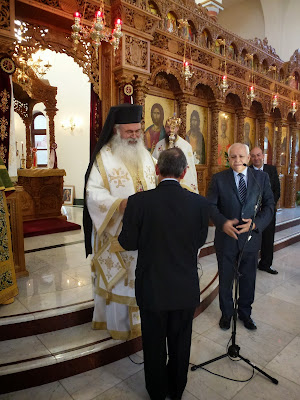 At the end of the Holy Service the President of our Community Mr. Pantelis Demosthenous had offered, on behalf of the Church and Community Council, commemorative plagues to various people who have contributed greatly towards our Church and Community by both personal service and financial offerings. These are: 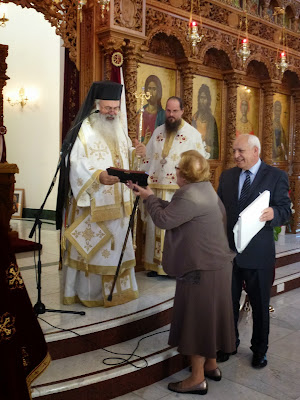 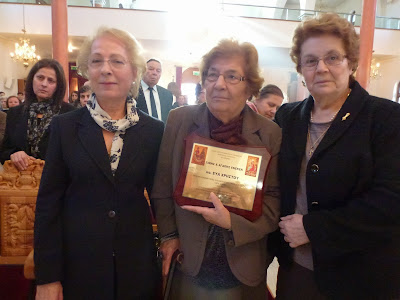 Once a year, usually during the half term of October, our Community organises its annual pilgrimage. 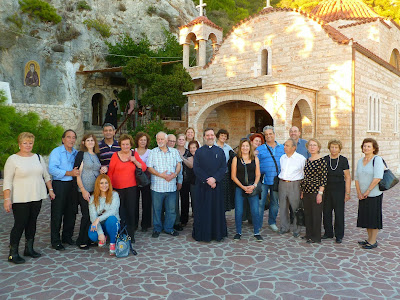 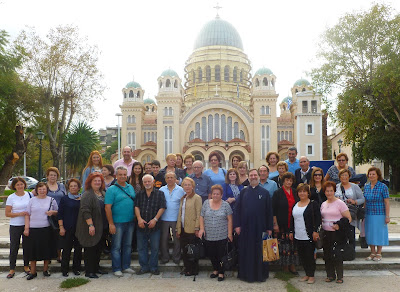 This year (28th October - 2nd November) we visited Southern Greece and we had the chance to venerate relics of important Saints in various monasteries, convents and parish churches. 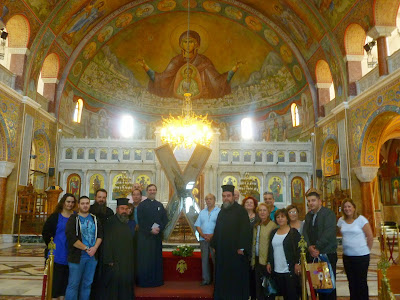 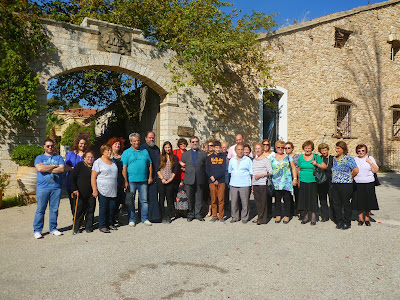 We also visited some places of interest from a cultural point of view, especially in Patra and Zakynthos. 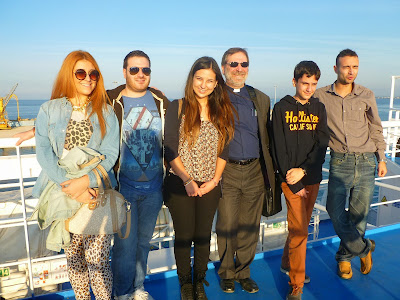 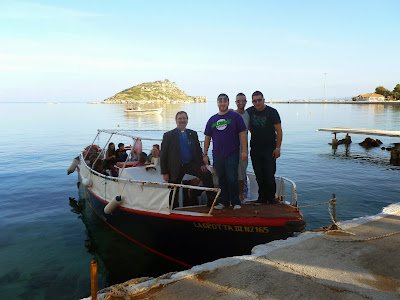 Our group was a mixed one, with 41 people, comprising of young and older members, as well as friends of our Community. 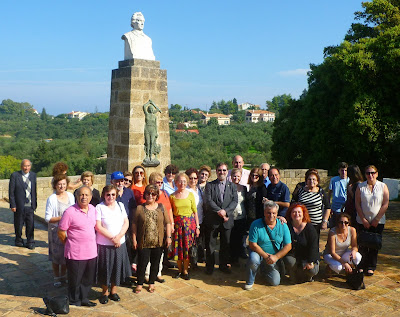 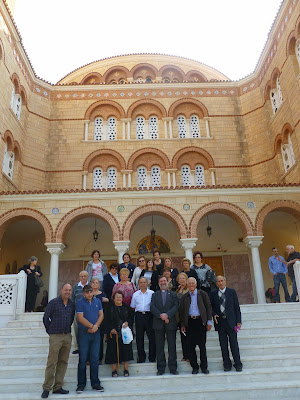 All people enjoyed the pilgrimage and look forward to the one to be organised next year 2014.
Posted by St. Panteleimon & St. Paraskevi Church at 12:30 No comments: 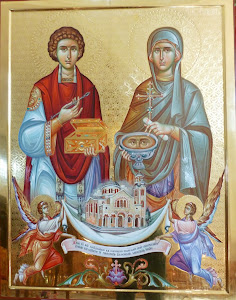 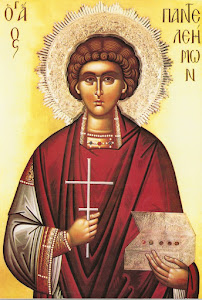 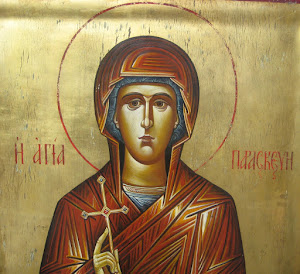